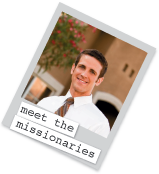 Back for its second year, the 2009 Men on a Mission calendar features twelve handsome returned Mormon missionaries who have dared once again to pose bare-chested in a steamy international calendar.

At one time seen riding their bicycles and preaching door-to-door, these hunky men of faith are now on a new mission to powerfully tear down stereotypes and promote religious and cultural tolerance around the world. Hand-selected for their striking appearances and personal humanitarian commitment, the "devout dozen" are stepping away from Mormon stereotypes, and "baring their testimony" to demonstrate that they can have strong faith and be proud of who they are, while reaching out to a broad audience with a sense of individualism and a sense of humor.

The general public is largely unaware of the selflessness and sacrifice of the men who have served missions. They have helped the poor, fed the hungry, built schools and homes, and provided service to many people in need. Theirs are stories that deserve to be told.

These twelve returned missionaries posing shirtless has created a polarizing response around the world. It has also created interfaith dialog and raised awareness to help sort out some common misconceptions of Mormons, while offering a human perspective to its outmoded image.

The Men on a Mission calendar will benefit a variety of worthy causes.

Each of the twelve former missionaries have the

opportunity to donate a portion of the proceeds from the sale of the calendar to a cause in the area where he has served. Not only have they helped those in need personally, they now have the opportunity to help financially. 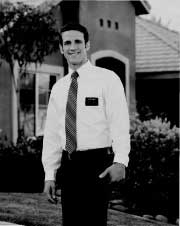 © 2015 CMH Entertainment, LLC
Mormons Exposed is not affiliated with or endorsed by The Church of Jesus Christ of Latter-day Saints.
This website and related products are intended for entertainment, education and philanthropic purposes.